Below you can read an excerpt from the book: “Tools For Helpful Souls – especially for highly sensitive people who provide help either on a professional or private level”.

Highly Sensitive People Sometimes Forget to Focus on Themselves.
When I speak with people who lack empathic skills, I help them practice by asking, “How do you think it would be to be the other person in that situation?”
Sensitive people usually don’t need to practice their empathic skills. They need to practice remembering to focus on themselves. So I ask them over and over, “What did you feel at that moment? Did you like what was going on or didn’t you? What do you wish should have happened?”

It is not that they can’t sense those things themselves, but they just often forget to focus on their own needs and feelings because they are so preoccupied with sensing and understanding the people in their immediate surroundings. They often start out talking about how it must have been to be the other person in a given situation while initially forgetting to notice their own feelings and signals.

In order for them to sense their own feelings again, highly sensitive people need to be surrounded by peace and tranquility. As a helper, you can suggest that you sit together for a little while and try to encourage him or her to turn their focus inward.

Inappropriate Surroundings
Highly sensitive people need a tranquil environment and a chance to retreat or shield themselves from social contact. If the one you are helping is not thriving it is a good idea to consider his or her surroundings and talk about his or her everyday life.

There are many problems that can be solved simply by changing a person’s surroundings, responsibility or working hours. Perhaps the person has been told that he or she has more problems than they actually do and so it would be a great relief for them to discover that overstimulating and overly demanding surroundings are sometimes what create the problem in the first place.

Unstable Self-Support
It is important to examine the degree to which the highly sensitive person has a good and stable way of practicing  self-kindness because many of them don’t. I will often ask them questions like, “What did you say to yourself in that situation?” or, “What do you think of yourself?”

If it becomes apparent that their answers tend to turn into a series of self-reproaches and self-criticisms, then there is good reason to start practicing a new way of behaving.
If you ask the highly sensitive person what he or she would have said had it been a good friend who had come too late to a meeting and was sorry for it, they are usually extremely supportive of that person. But were the highly sensitive person do come too late to a meeting, they usually fill themselves with reproachful comments, such as, “You should have planned your day better, pulled yourself together, taken into account that you might receive a phone call on the your way out the door …”
Here is an example of a helpful conversation:

Sofie: I’m worried that I might make the wrong decision.

Helper: Well, let’s say that you do. And later in time you realize that you should have made a different decision. What would you then say to yourself?

Sofie: I would say that I once again had managed to make a mistake and that I am not very good at making decisions.

Helper: Let’s say that instead of you, your friend, Katrine, had made the exact same decision and gotten  the same result, what would you have said to her then?

Sofie: Then I probably would have told her that she couldn’t have known how things would turn out and that she undoubtedly had had the best of intentions when making the decision. Perhaps I’d also tell her that it was courageous of her to even make a decision.

Helper: Can you hear that you are actually speaking in an unloving way to yourself, even though you, in fact, know how to be supportive when it comes to other people?

What Sofie has to practice now is saying the same things to herself that she would have to her friend in the same situation. However, if she’s been speaking in an unsupportive way to herself for many years, it may have become so ingrained in her that changing that pattern might not be so easy. But practice makes perfect. And once she’s aware of the mechanism herself, she’ll be very motivated to change it.

In my book, “Highly Sensitive People in an Insensitive World: How to Create a Happy Life,” I describe how you can practice writing caring and loving letters to yourself. Some can feel a difference once they’ve started focusing on the problem. Others need to write a caring and loving letter to themselves on a daily basis for some months before a new and steady pattern emerges.

Setting limits and accommodating your life in such a way that being in it is a pleasant experience is also a way of showing yourself love. The better you get at loving yourself, the more you will feel safe and at home in the world.

Without being in the habit of practicing self-kindness on a steady basis, sensitive people tend to take all the blame for the negative things they experience, while giving others all the credit for the good things that happen to them.

Highly Sensitive People Sometimes Take the Blame for Things that Really Belong to Others.
Be aware of the fact that highly sensitive people tend to see all problems as being theirs.

Here is an example:

Bodil tells that she has difficulty expressing her anger in relation to her boss and that she wants to be better at expressing criticism and dissatisfaction. She doesn’t like herself when she chooses to hold back instead of saying what she actually thinks.

Before I start suggesting ways that we can work through the problem, I present her to a small test that I usually give my clients. I ask her whether she has any other relationships in which she is unable to express dissatisfaction. If it turns out that she actually does, we start to examine with whom the problem arises within that particular relationship. Sometimes the problem can be narrowed down to only applying to people who react very negatively if they get criticized. For example, they may raise their voice or make a personal attack.

Seen in that light, it is actually clever to hold back when you are highly sensitive. Then it’s actually a better idea to ask your trade union representative to talk with your boss or at least to bare witness to the conversation as opposed to forcing yourself to say something that you may intuitively know could possibly be taken the wrong way.

So the problem wasn’t that Bodil is a coward as she initially deemed herself to be. The problem was that the boss was inflexible and unable to empathize with his employees when problems arose.

If you are helping a highly sensitive person, be aware of the fact that their tendency  to take the blame for things which they really shouldn’t may also become apparent in your relation to them.  If your advice or exercises don’t work for them, they may not tell you. On the contrary, he or she may even kindly thank you for your help and go home afterwards, blaming themselves for not being able to receive your help in the proper way.

When I suggest an exercise for the person to do at home, I try eliminate any possibility there may be for them to take the blame if things don’t work out by saying, for example, “If you get home and find that you can’t go through with the exercise it could be either because I have given you too difficult an exercise or my instructions haven’t been clear enough. Also, not all the exercises work equally well on everybody, so if it doesn’t work, just leave it alone for now.”  Sensitive people are quick to put the blame on themselves and hesitate to put their own wishes and needs in the forefront.

From the book:
“Tools For Helpful Souls – especially for highly sensitive people who provide help either on a professional or private level”.

This site uses Akismet to reduce spam. Learn how your comment data is processed. 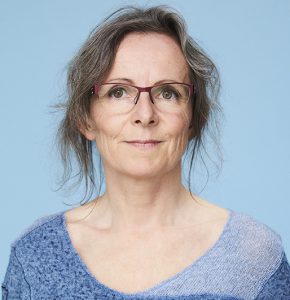